Economics, as it has been taught historically, often departs from a static analysis of society in which economic activities are in perfect equilibrium. It is only after this baseline is given that more realistic assumptions are added for the economics students to be trained in more practical economic models. 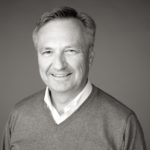 To the extent that economic theory is a tool to facilitate the understanding of that aspect of reality that is economic activity, it is necessary to expose the students to the fact that real life economic activity is never in equilibrium, and that a static analysis misses the subtleties that a dynamic one may provide, in the same way a photo does not provide as much information as a movie.

Different schools of economics have added different features to their respective tool kits that would allow for more realistic understandings about how the economy works, and we do not need to distinguish between the many existing approaches for the purpose of this essay; it is sufficient to know that they exist.

Since the moment that social change became (again) accepted as a proper object of economic analysis in the second half of the nineteenth century, a debate about the nature and the causes of those changes ensued.

Although with parallels in other fields of social sciences and other applications within economics itself, the discussion about changing economic conditions started as a consequence of the realization that some countries had institutional arrangements better suited to promote, or at the very least, to allow economic growth than other countries.

So, if the institutions of society are no longer taken as given, and economists start to use their existing tools to develop new theoretical tools to understand the differences in institutional settings, they soon develop an interest in knowing what causes those changes and whether it would be possible to provoke them to happen or to improve them.

Think about North and South America in the 1960s. What were the conditions that allowed or supported economic growth and development in the North that were absent in the South? Once those elements were identified, the next logical step became considering what could be done to make these conditions come about.

The idea of how to promote economic growth soon crystallized around two causes: institutions and culture.

This essay is not the place for a review of the literature about economic growth. For our purposes here, giving an example of each will suffice—and we will refer to Douglass North’sand Deirdre McCloskey’s works respectively as examples of arguments for institutional and cultural changes as the causes of economic growth and development.

Douglass North and Barry Weingast wrote extensively about how the institutional changes centered around the creation of the Bank of England in late-seventeenth-century England created a “credible commitment” that the public debt would be honored in spite of the Crown’s bad credit. With that, a financial revolution1 took place, creating the conditions for industrialization and productivity growth. By the same token, using their framework, William Summerhill analyzed the performance of Brazil’s foreign debt in comparison with other Latin American countries in the nineteenth century and found again that a “credible commitment” to creditors goes a long way in getting funding when you need it and at a lower cost.2

Deirdre McCloskey argues that the “bourgeois virtues”3 instilled in Northern Europe after the Protestant Reformation, which is an argument broader than the argument previously advanced by Max Weber about Protestant Ethics,4 was the main cause of the economic growth and industrialization of Europe before any other civilization.

The primary argument of their thinking is clear; it is impossible to do justice to their arguments in the confines of this article. We will also not attempt to square the circle and make their claims compatible. Instead, we will offer an additional element for consideration in order to understand how social changes happen in general, although we will continue to use the case of economic growth for discussion.“If institutional changes are not entrenched in society, they may be reversed easily. If cultural changes are not translated into social institutions, it is difficult to imagine how consistent change will occur.”

First, we need a dynamic analysis of the relationship between culture and institutions rather than a static one. We realize that once this process is started, it operates in a spiral—with cultural and institutional factors not only reinforcing one another—but also allowing them to expand their reach. If institutional changes are not entrenched in society, they may be reversed easily. If cultural changes are not translated into social institutions, it is difficult to imagine how consistent change will occur.

Second, once either or both are accepted as causes of economic growth, we still need to explain how the process starts. We argue that ideas are the triggering factor.

Of course, we are not saying anything entirely new. In regards to economic performance, Douglass North already called attention to the fact that ideological support for market institutions is an important element for economic growth to happen.5 In more general terms, Friedrich Hayek also assumes that ideas are the trigger of social change when he explains how ideas are transmitted in society and result in social changes in “The Intellectuals and Socialism.”6 Another reference is Ludwig von Mises, who in his last major work, Theory and History, advanced the following argument:

The genuine history of mankind is the history of ideas. It is ideas that distinguish man from other beings. Ideas engender social institutions, political changes, technological methods of production, and all that is called economic conditions.

Let us return to North’s example of the creation of the Bank of England in 1694. As already mentioned, King William III was broke. William Patterson and his associates approached the Crown with a proposal to segregate a special, new stream of tax revenue for the specific purpose of paying what would be owed to them if the conditions for the loan were accepted by the Crown. They were accepted, and a sink fund was created to repay that debt. Disagreements between the government and its debtors surrounded the Bank of England. The Crown agreed that from then on, disagreements would be resolved by the Court of the Exchequer. It is worth mentioning that Parliament, where the merchants were represented, had some say. All these features added to the “credible commitment” that the government, at that time, was serious about repaying that debt.

Thus, an idea became a reality via institutional change. The idea was so good that the change endured. With time, it helped to create a culture of financial innovation and intermediation that led to more efficient allocation of resources in the United Kingdom before anywhere else. Notably, the mediator between institutional change and cultural change were the new incentives, framed by the institutional reform.

In a story for another day, the renewal of liberalism after World War II bears important parallels to the Bank of England story. The new framework for a liberal market economy in West Germany and other European countries after World War II—keeping mind the new ideas of a multilateral and rules-based international economic order centered around free trade, were major achievements of this path breaking “ordoliberal” renewal in economic policy thinking. Other innovations within the economic analysis of law, public choice theory insights about collective action, “Austrian” insights about entrepreneurship, dynamic efficiency, and the uses of knowledge in society, all lent support to the subsequent international waves of liberalizations and democratizations—from the end of the Soviet Union to the opening up of China. These were the ideas that underpinned the globalization that raised the standard of living for billions, enabling more people than ever before to work their way out of abject poverty.

That is a lot to be credited to the ideas as the trigger of institutional and cultural changes.

However, economic growth is not the only kind of social change, as this essay has already made clear. Let us not forget that all changes are not for the better. Persistent increases in inequality with its resulting erosion of social cohesion and trust is a real problem in many societies, as is climate change and loss of biological diversity. These are major challenges that require better solutions and where we once again are faced with big choices of great consequence for the future.

Postmodernism and Cultural Marxism (of which critical theory and identity politics are a part) are powerful ideas in an age of polarization—ideas that have been provoking immense cultural and institutional change in Western societies in general, and in the United States in particular.

Are you troubled by attacks on the principles and values of the American Founding? Certainly they did not start by spontaneous generation. They began with original thinkers proposing them and intellectuals helping them to propagate—on a receptive and fertile ground—until they gained the support of a significant part of the public opinion.

To avoid Western societies and their liberal democracies being transformed in the direction of those ideas, new and better ideas need to be proposed and gain acceptance by the public.

If past experience can serve as a guide for what is achievable, the future of the essential Western idea and reality may not look that bleak. We find it reasonable to understand the greatest strength of liberalism to be embedded in its proven ability to reinvent itself in response to a changing world. But this renewal will not come from a status quo mindset, it can only come from new and better ideas.

Again, Mises understood something essential about ideas in Theory and History that may be worth noting:

The genesis of every new idea is an innovation; it adds something new and unheard of before to the course of world affairs. The reason history does not repeat itself is that every historical state is the consummation of the operation of ideas different from those that operated in other historical states.

Another reason for measured optimism about the future of liberalism resides in the well-known consequences of a high quality meeting place for ideas: They tend to stimulate and speed up the process of generating new and better ideas through constructive and critical exchange and debate. Just take two obvious examples. It is indeed, as a historical fact, very hard not to appreciate the enormous amount of ideas that came out of the Walter Lippmann colloquium in Paris in 1938 and the Mont Pelerin Society that was created in 1947. These ideas had consequences.

Finally, it should be noted that shared experiences play a role in the productivity of networks of ideas. The devastating consequences of the interplay of extreme anti-liberalisms during the interwar period and World War II sharpened the focus and strengthened the sense of urgency among the participants in the Lippmann-colloquium and the meetings of the MPS.

We are once again faced with new totalitarian threats to the liberal world order that once created a safe environment for liberal democracies all over the world. At the same time, liberalism faces severe authoritarian and nationalist threats from within the West at a time when substantial social, economic, and environmental challenges loom large.

In other words, there is no shortage of reasons for hoping that the “international society of liberal thinkers”—to use Hayek’s words in describing his own idea to establish the Mont Pelerin Society—should once again become a leading source of ideas in the service of human freedom and dignity.

The text is published in Econlib, september 2022. 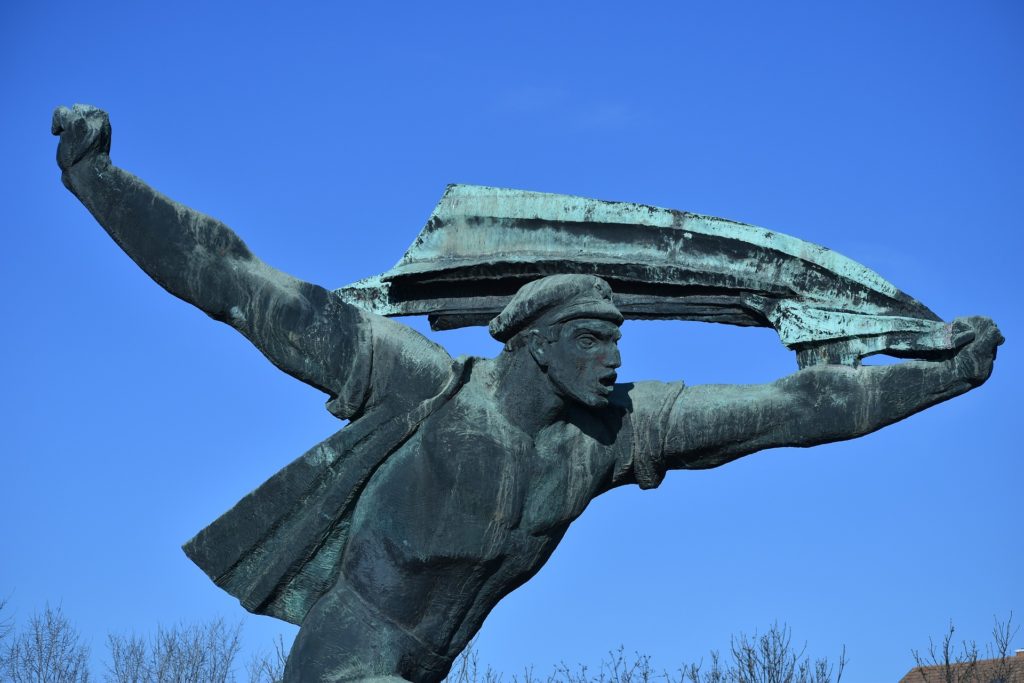 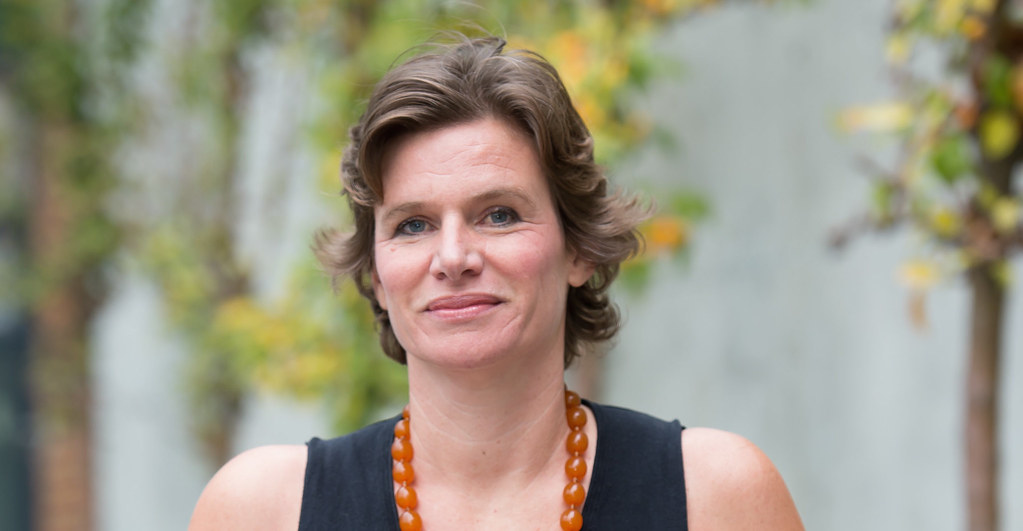 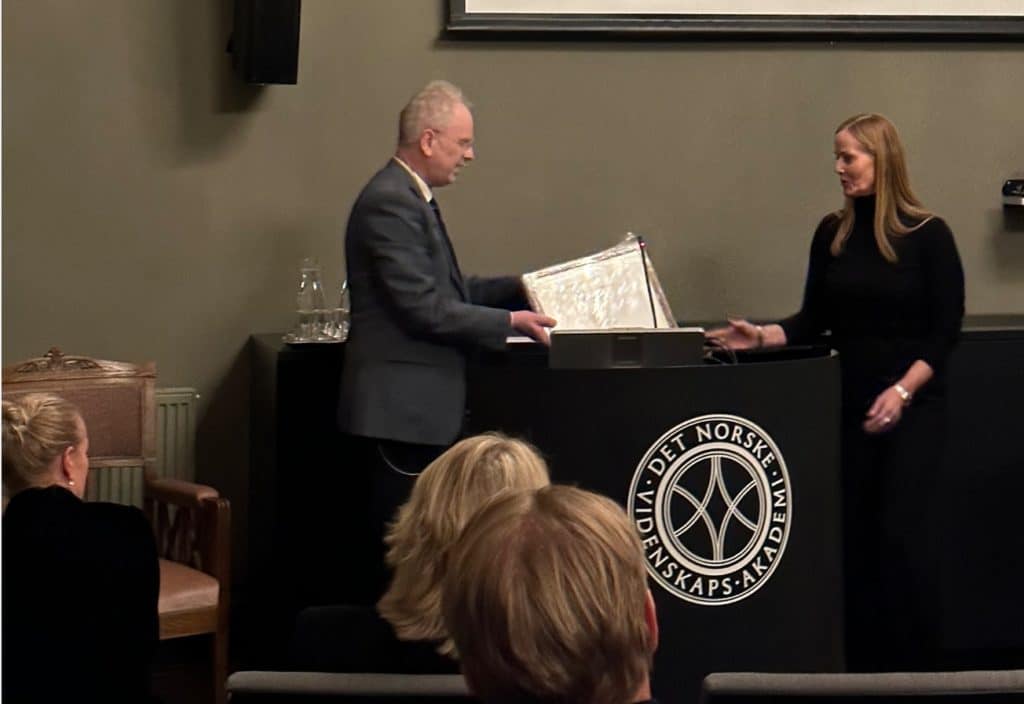 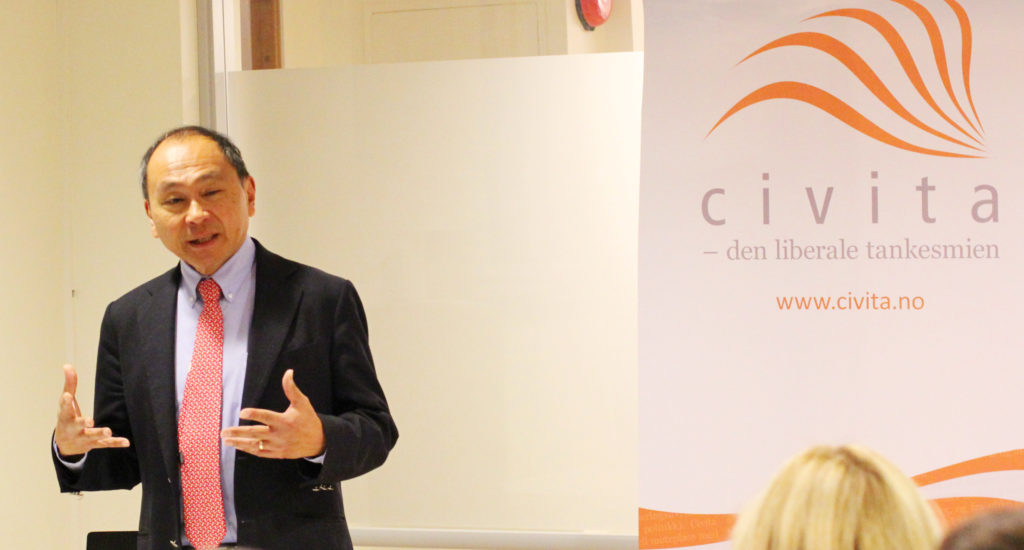 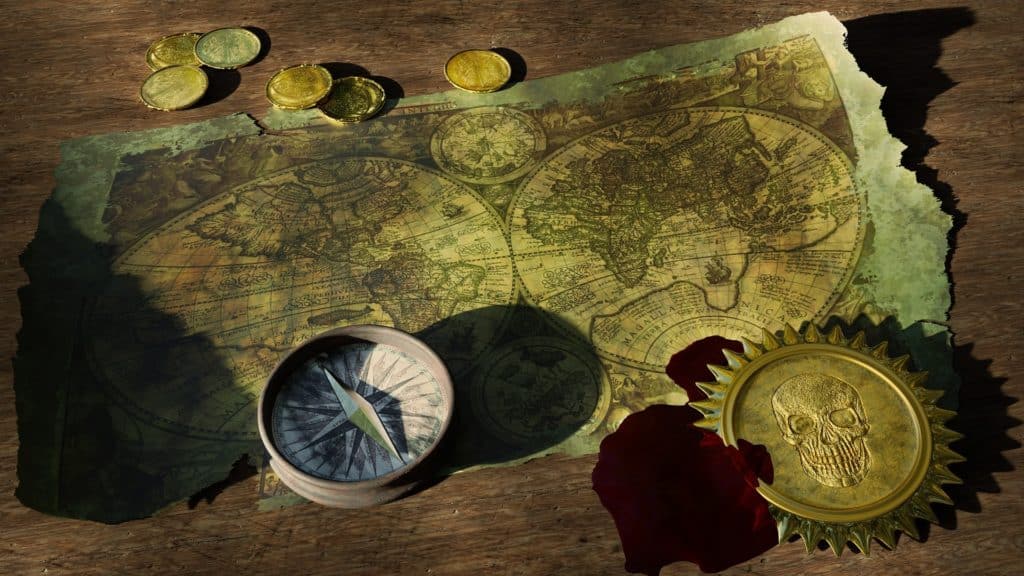 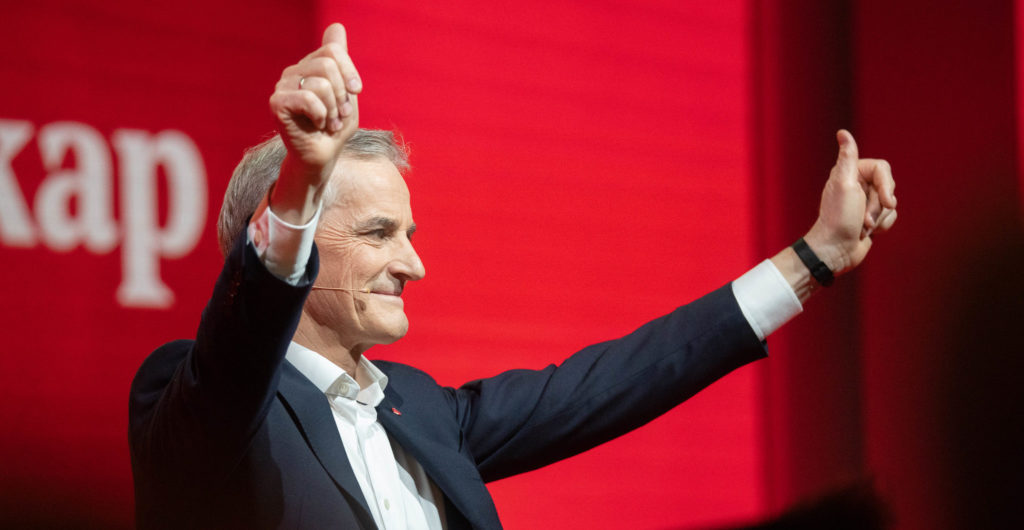